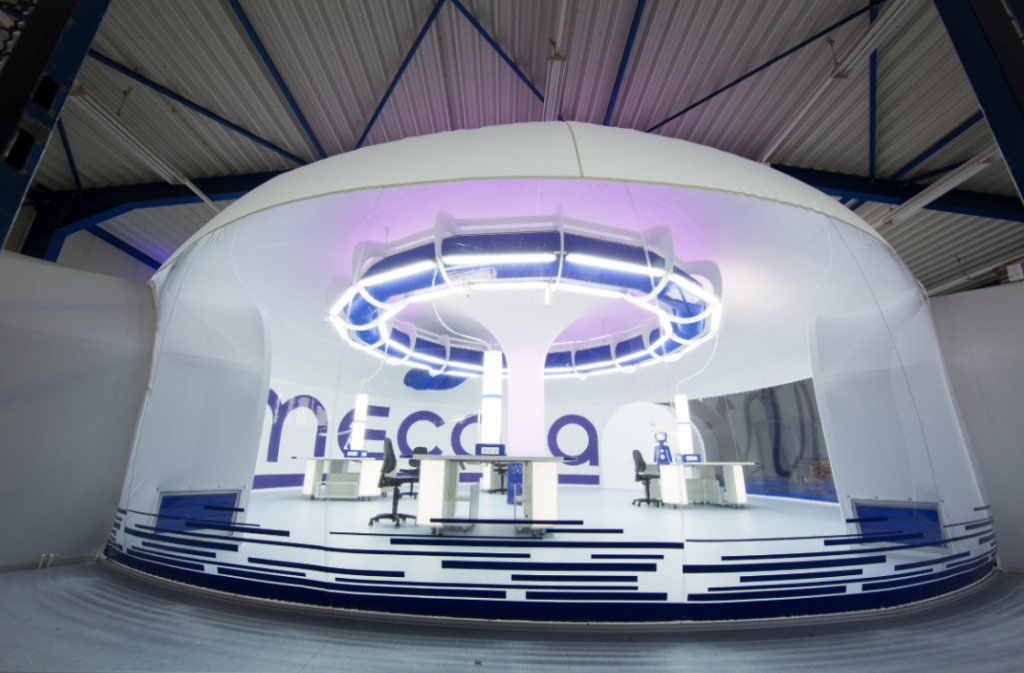 Our member, Mecora Medizintechnik GmbH, has together with the company Airworxx designed a new generation of cleanrooms. The so-called „sphairlab“ is a textile cleanroom which is convincing not just due to its futuristic desgin but also to its new defined function. It functions on the principle of an air hall: From the inside air is pumped into the cleanroom and is equipped with an intelligent ventilation system including locks, furniturings and lighting. As a lightweight this cleanroom can be quickly assembled and taken apart when needed. Compared to classic cleanrooms this mobile cleanroom can be provided as an interim solution when the production cannot be stopped until completion of the actual cleanroom.

Sphairlab has been certified as ISO class 7 and has been successfully in operation since December 2016.

The Mecora Medizintechnik GmbH is a successful supplier of blood pumps, artificial hearts and cannulae. The company developes and produces these components under cleanroom conditions. The business Airworxx has specialised in textile architecture and aeronautic construction. Both companies are based in Aachen.