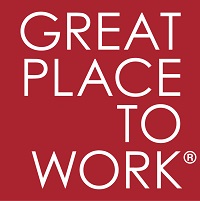 Already for the third time Grünenthal – with the headquarters in Germany – is among the 25 best multinational employers in Europe. The Great Place to Work (GPtW®) Institute honors the pharamaceutical company in this category due to its national successes in Italy, Portugal and Spain.

Chief Commercial Officer, Mark Fladrich accepted the award on behalf of the winner countries in the Athens concert hall in Athen, Greece. Further, Head Global Human Resources, Gerd Suelmann stressed the special relevance of the GPtW® survey conducting since 2009: with the help of the survey’s results, the development of the business culture can positively be influenced.

1.6 million employees from 2.800 companies participated on the survey for the list of the best employers in Europe. The employees assessed their employers in the areas of leadership, innovation, organisational culture and confidence. The evaluation revealed an astounding result: 93 % of the respondents claim that they are proud of their workplace and 92 % affirmed that they can be themselves at work.